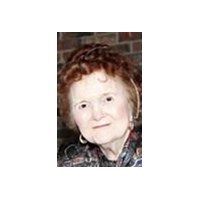 Minnie could be considered a WesTen Business “pioneer woman.”  Starting out her career in a Kansas aircraft assembly line in support of World War II, she then moved to Oklahoma City and opened a café where she met her husband, Fred.

Continuing with their mutual entrepreneurial spirit, they opened a business in downtown Oklahoma City and moved it to WesTen District on Northwest 10th in 1956.  Though they were on their way to building a strong long-term business, in the beginning they needed bit of a supplemental income, so she worked as a waitress in the historic Stockyards Cattleman’s Steakhouse. Their successful business continued to grow through the years and today we honor and celebrate The Miller Floor Store as one of the WesTen Legacy businesses.  Minnie died in 2018 and her daughter-in-law, Bonnie, has been at the helm since 2012.

The Miller Floor Store at 4713 NW 10th Street has been a WesTen Bright Spot for over 6 decades!