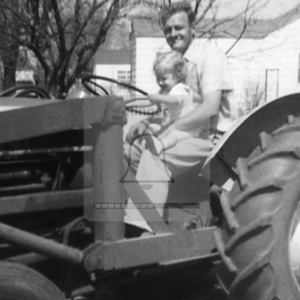 In 1958, after leaving his job as a truck operator in the military, Kenneth Minick purchased a truck and began hauling sand, the beginning of Minick Materials. Two years later Kenneth married Nova and together, they built a great business.

When stock piling products behind his home became too much in 1974, they purchased the North Council Road property which was just a small house and a large field.  Along came the next generation, their son Sam, who at 10 years old started loading limestone and sand into customer’s vehicles.

Minick Materials was particularly honored to be selected to supply the stone, landscaping materials, and structural soil for the Oklahoma City National Memorial and Museum.

In 2010, Sam purchased the business and became the second president of Minick Materials.  The third generation, Sam’s daughter Hillary, is currently in the role of sales manager.  With 3 locations in Central Oklahoma, Minick Materials provides engineered soils to more than five states and stone across the entire country.

Posted in General
← What does the Czech Community, Normandy & WesTen have in Common?Another “one of a kind” in Oklahoma is in the WesTen District →