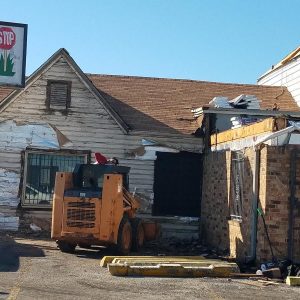 In 1978, Ray and Velma Buddin purchased the building at 3621 NW 10th (NW corner of N Portland and NW 10th) and made a bet between each other that whichever business thrived at the location would take full occupancy at the end of the year.  Ray’s focus was prosthetics and Velma’s was art—and evidentially it was “no contest” with Ray operating the business until his death.

Following that, for a brief season, the family used it for a Cake & Party Shop then storage, which was followed by the launch of a family craft home business. In 2019, Ray’s granddaughter, Jessica Buddin, began working with other family members to renovate and introduce a new business for her tattoo art to The WesTen District—business name and opening date to be announced.