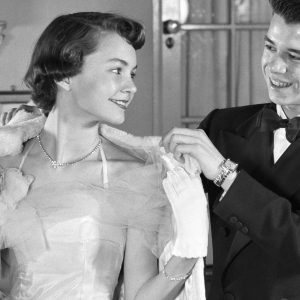 The State of Oklahoma didn’t have their first stretch limousine until the 1980’s when Rick and Linda Ingram started Kings Limousine.  The Ingram’s built an innovative, progressive business locally but with a strong national reputation.

In early 2003 Greg Pruitt, purchased several transportation companies, including Kings, and in the process of taking the business to the “next level”, moved into space in the WesTen District.  About 3 years later, Pruitt recruited Joey Allen to join him and they grew the company 1000% over the next 10 years.

Joey Allen is not only the current owner and CEO; he also has the memory of being a “client” of Kings during high school when he rented a limousine for his 1985 prom!

NOTE: This is NOT Joey Allen in the picture!

Posted in General
← The Oldest WesTen Business?WesTen Needs Your Help →