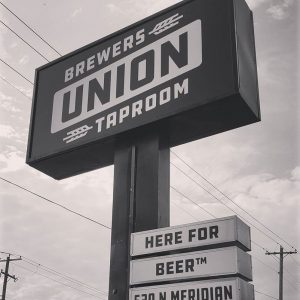 Brewers Union (BU) began as a brewery incubator in 2017 at 520 N Meridian in the WesTen District.  This business model was a response to legislation passed in 2016 that allowed Oklahoma breweries to sell their products in a taproom.

Along with beer brewing, in the summer of 2019, BU also began producing soda for OKC Soda Co. which currently has a retail location in the Chisholm Creek.  As of July 2021, OKC Soda Co. will take over operations at the now “former” Brewers Union production facility.

Congratulations to Brewers Union for being a WesTen Bright Spot and leaving a delicious business legacy with 7 great breweries in Oklahoma City.